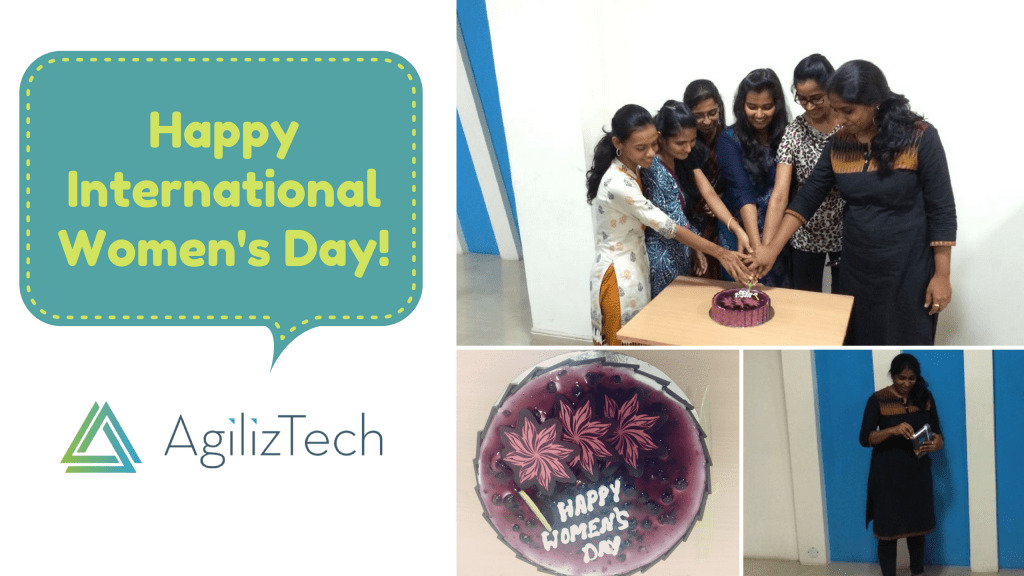 A daughter, a sister, a mother,

A partner, a friend, a co-worker.

A ray of sunshine that dispels gloom,

Her strength and vigor are incomparable,

The jugglery of hearth and work a feat!

She makes the mundane magical,

With charm and wisdom, replete.

It is oft quoted that “Hell hath no fury like a woman scorned”. At AgilizTech, we put a spin on this popular quote with “Heaven hath no fairy like a woman appreciated”. On 08 Mar 2017, the AgilizTech family celebrated the International Women’s day with great gusto. The team came together to rejoice the spirit of womanhood and acknowledged the contributions of the women employees in the organization.

A small game was organized by the AgilizTech Fun Committee to add the humor element in the event. Insightful gifts were presented to the ladies, after a small game of “Guess who?” The recipient’s name had to be guessed as the Fun Committee members acted out their personality quirks. It was a laughter riot! In the end the women employees expressed their gratitude for hosting the game and the well-thought out gifts.

A walk through the past

The event ended with a brief cake-cutting ceremony in which all the women employees participated. They appreciated the concept of the event and conveyed their thanks.

AgilizTech recognizes the achievements of every woman and wishes all a very happy women’s day!