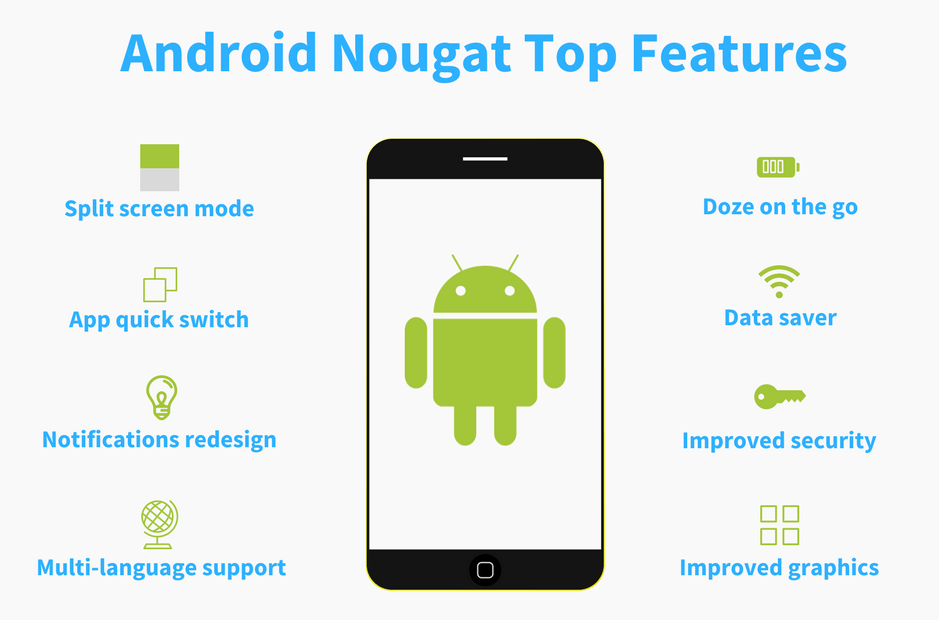 Test driving the latest from the Android stable – Android Nougat

To say that Android has been a smashing success is an understatement. Emerging as the winner among stiff competition, from the likes of Symbian Anna, Windows OS, and Blackberry, Android has been giving iOS a run for its money since it first launched in Sep 2008. So much so that, as of Nov 2016, Android has hit a market share record, with 9 in every 10 smartphones using it. Android’s dream run is supported by cheap smartphones and wide developers’ base that populate Google’s Play Store with multiple apps.  And 2017 is expected to further raise the market share, with Android Nougat being rolled out to select devices.

Android Nougat comes packed with exciting new features. And we at AgilizTech, decided to take it for a little test-drive after its April debut on Samsung S7 device.

The split-screen mode is a great option for the multi-taskers, as it allows you to open two apps side-by-side. How far it helps to boost productivity is yet to be discovered, but it sure is better than continuously toggling two app windows. 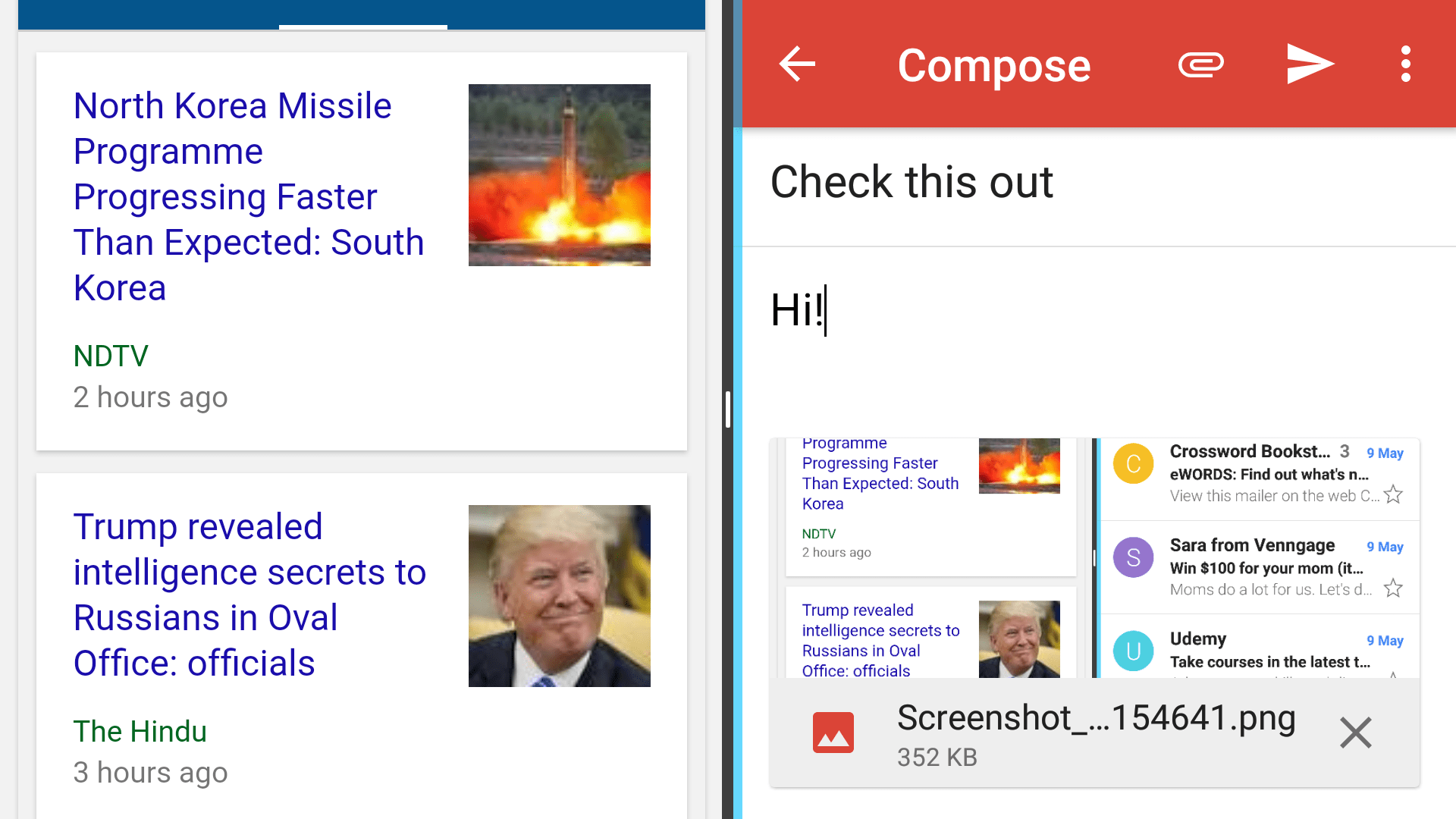 This is another cool feature from Nougat, where you can quickly switch between more than two apps by double tapping the Recents key. This is even more helpful as certain apps do not support the Split-screen feature. 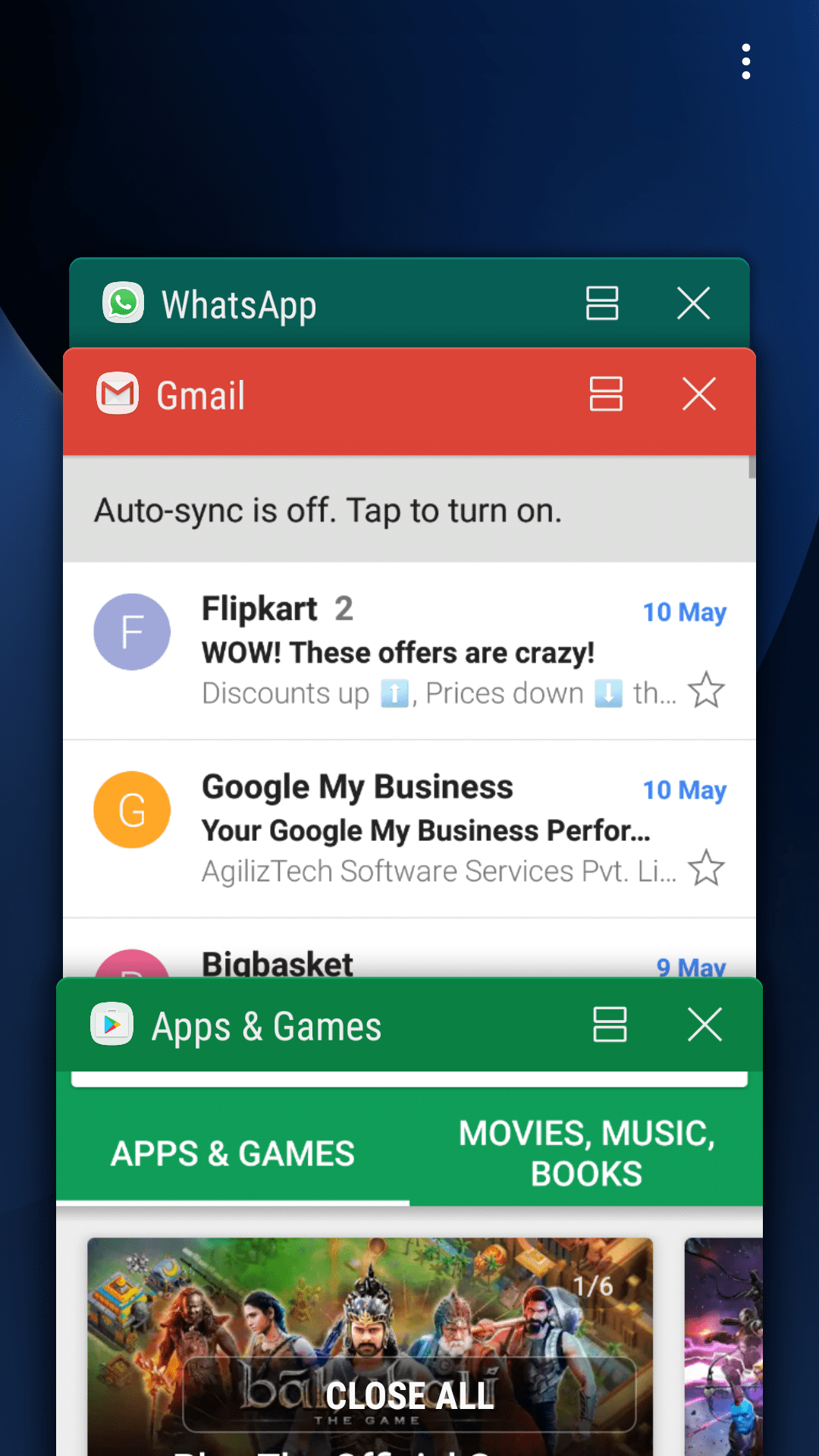 Now alerts and notifications from apps can be responded to straight from the home-screen. For example, you can now respond to WhatsApp messages without being redirected to the WhatsApp screen. 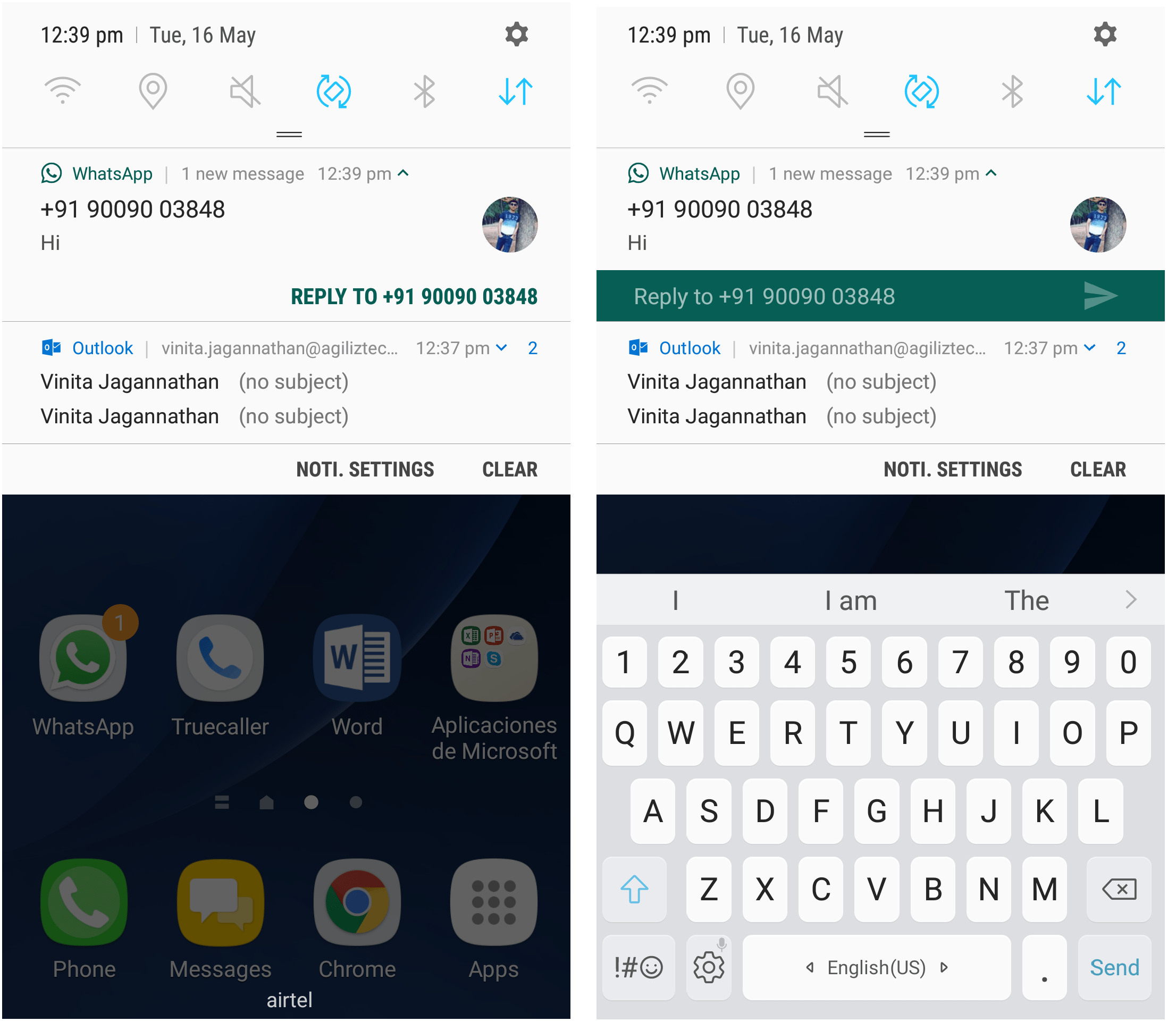 By enabling multiple languages, you can toggle between languages while using keyboards. This means, you can type in English UK and Español while sending a message. 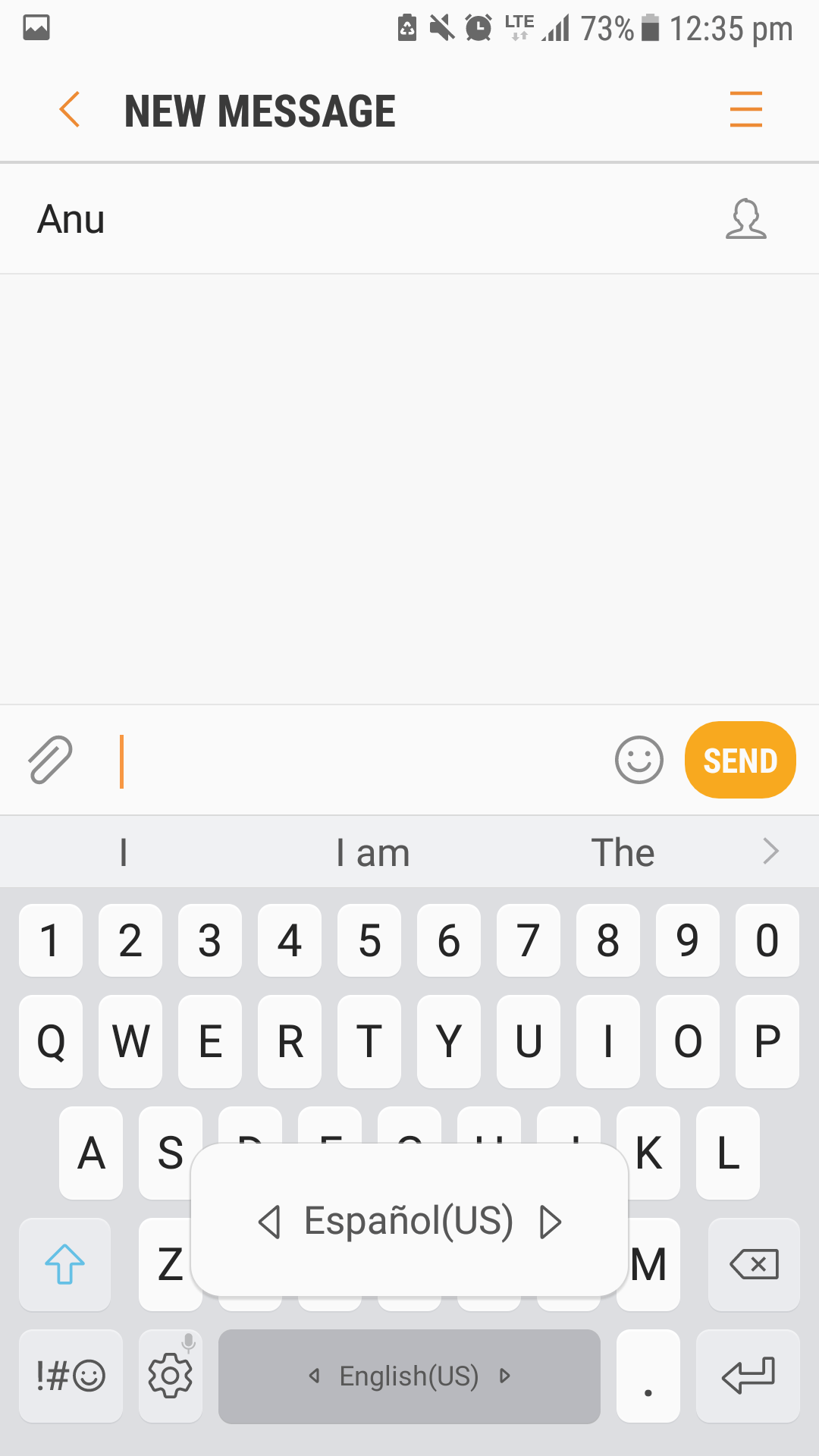 Doze on the go

Doze was introduced with Marshmallow and has now evolved into an even better feature in Nougat, allowing users to squeeze till the last drop of battery power. Using the Battery Optimization feature in Settings, Doze can control the battery usage of each app and modify them to suit your battery saving strategy. 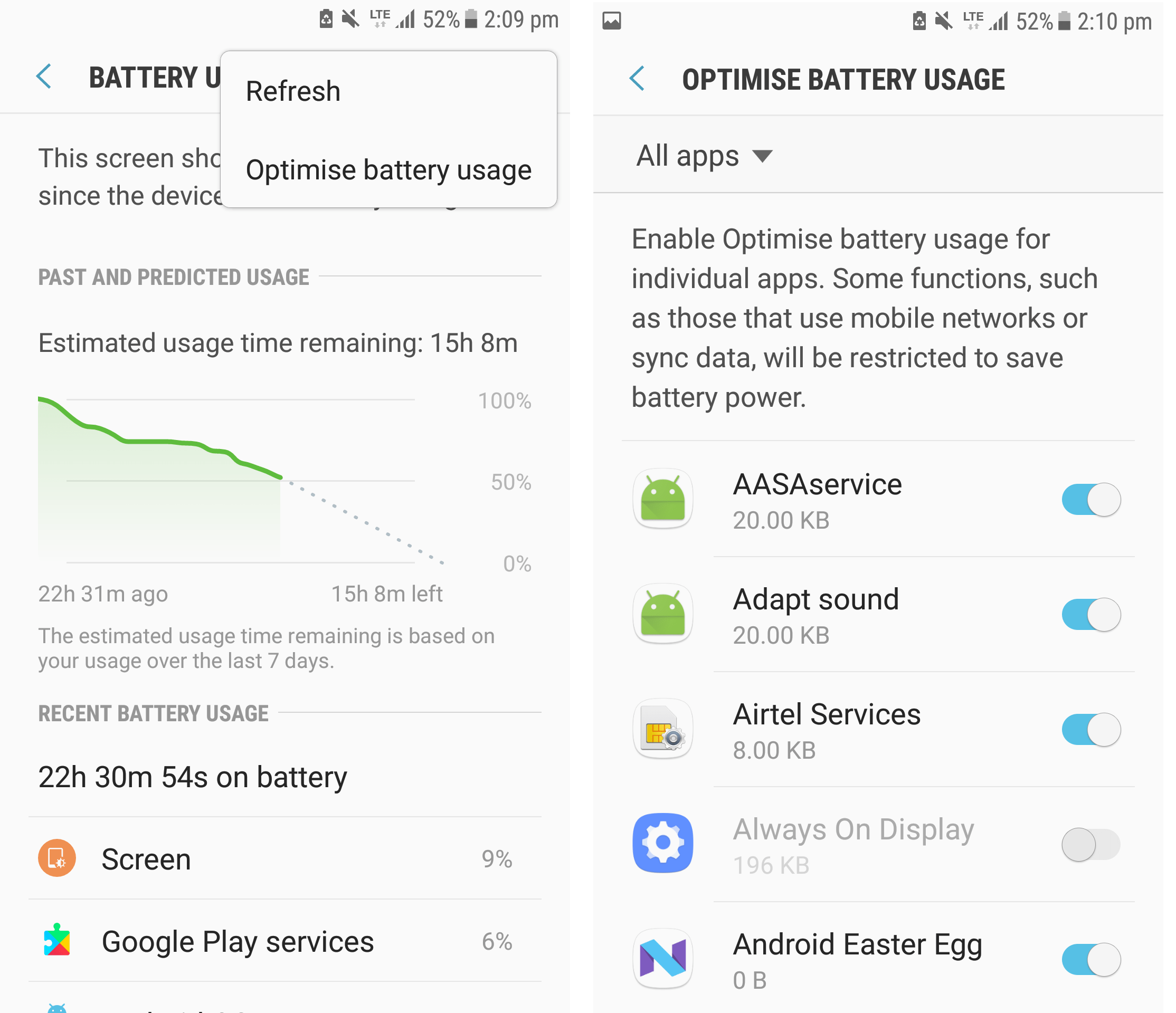 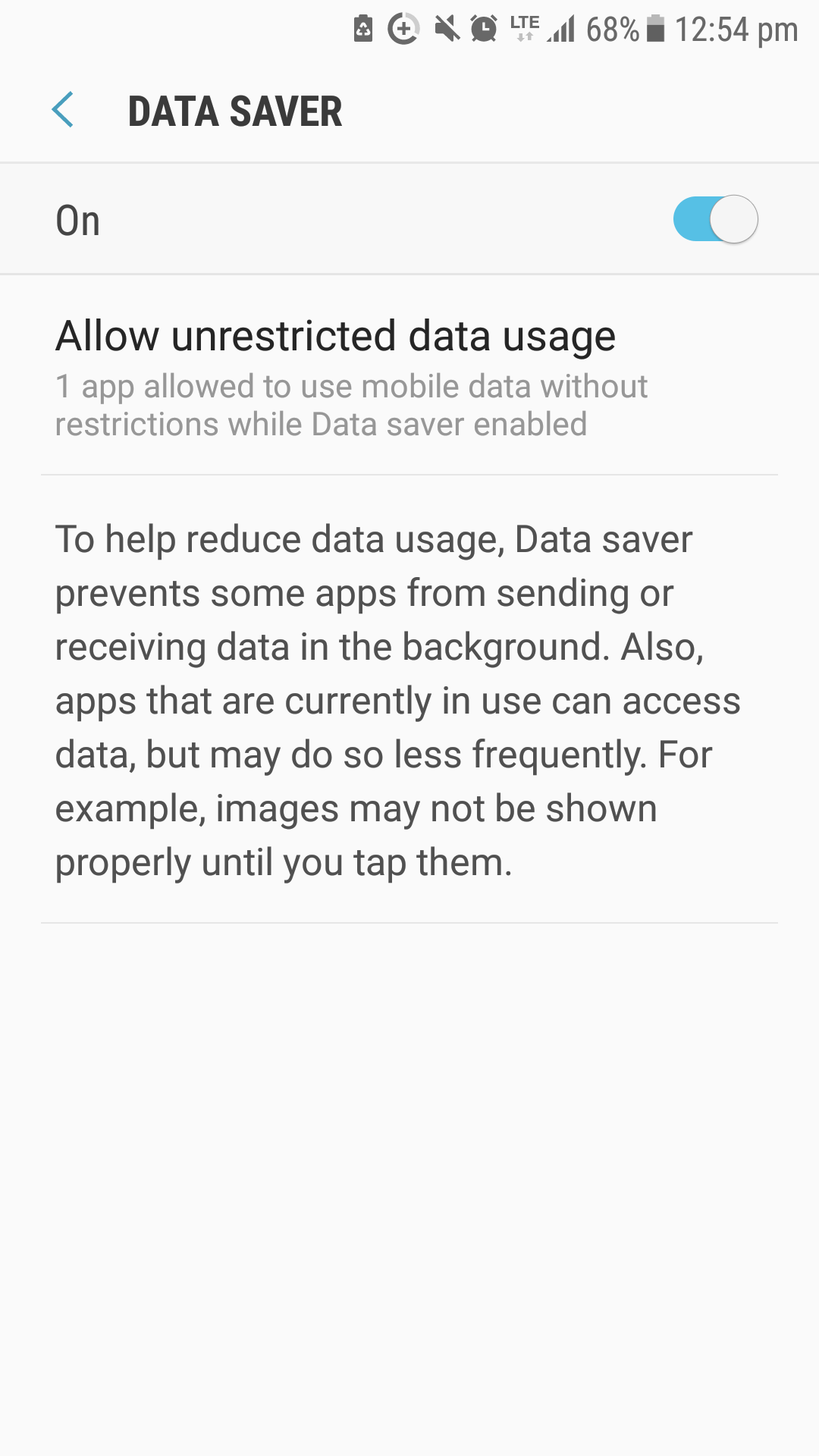 Aren’t we all suspicious of those pesky apps that require permissions to umpteen folders in which they have no business? Nougat has been armoured for such apps, with the scoped folder access feature, that permits apps to use only select folders. Facial recognition too has arrived in Android, with the Trusted Face screen unlock feature made available in select devices. 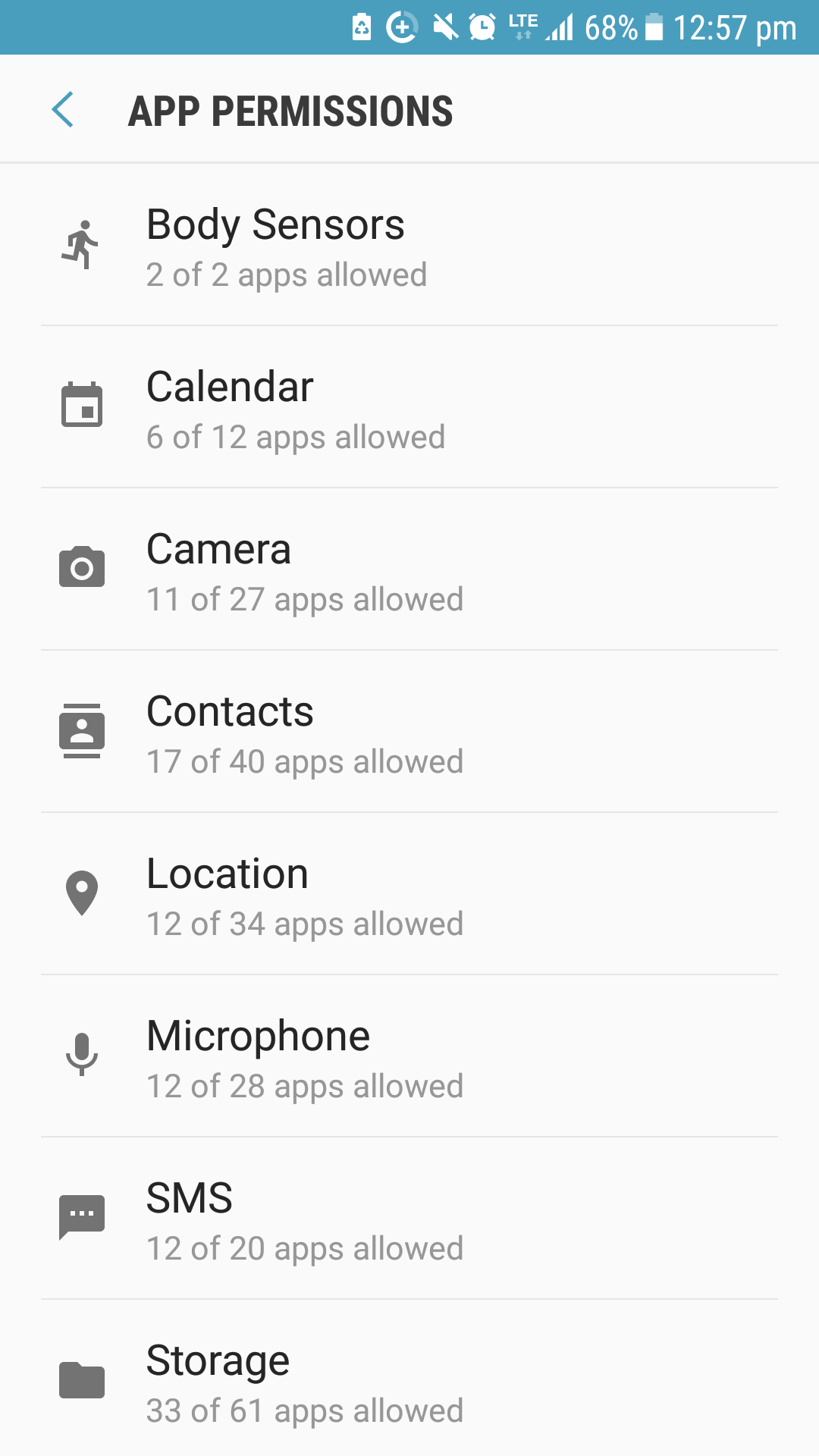 This one is for the gamers, as your in-game graphics get a solid boost, with Nougat supporting the Vulkan API. Be ready for high-performance 3D graphics right on your phone. 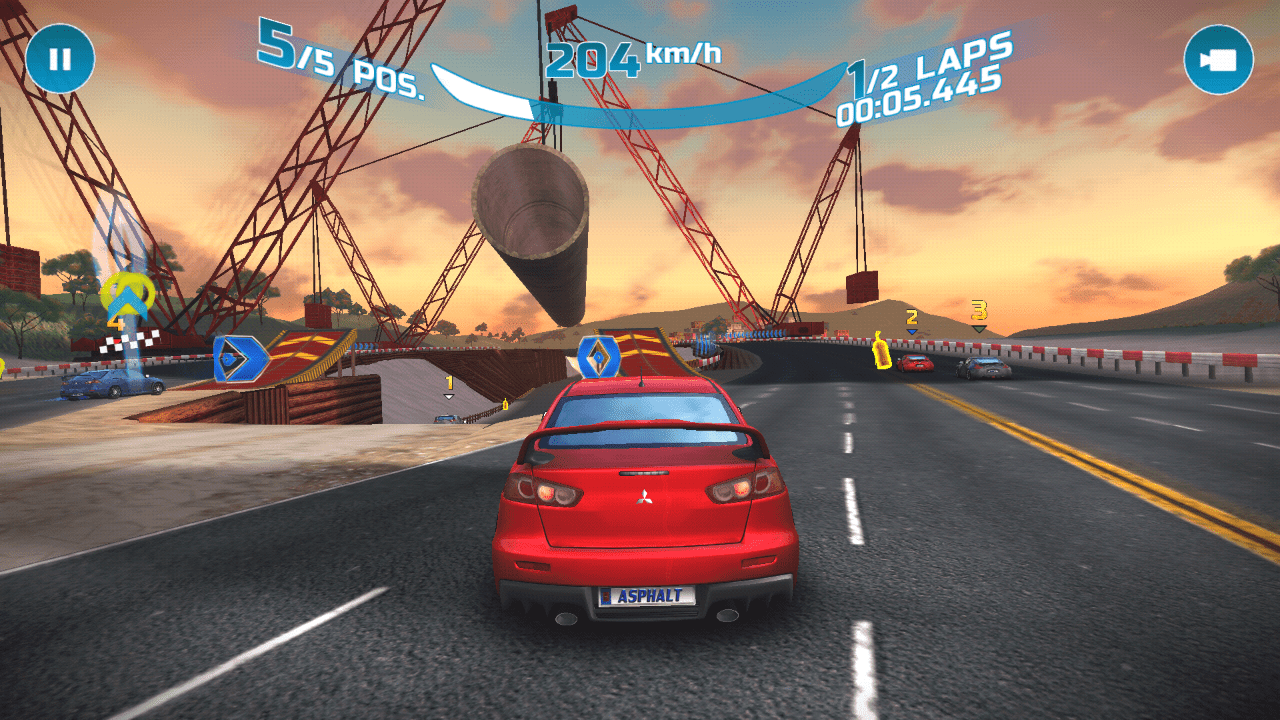 Nougat has been receiving increasingly positive reviews from industry observers. Engadget and PCAdvisor have lauded Nougat, calling it an efficient OS that’s pro-multi-tasking. Market adoption too seems to be decent – Nougat’s adoption is on a hike with 7.6% of devices that access Google Play running Nougat as of May 2017. 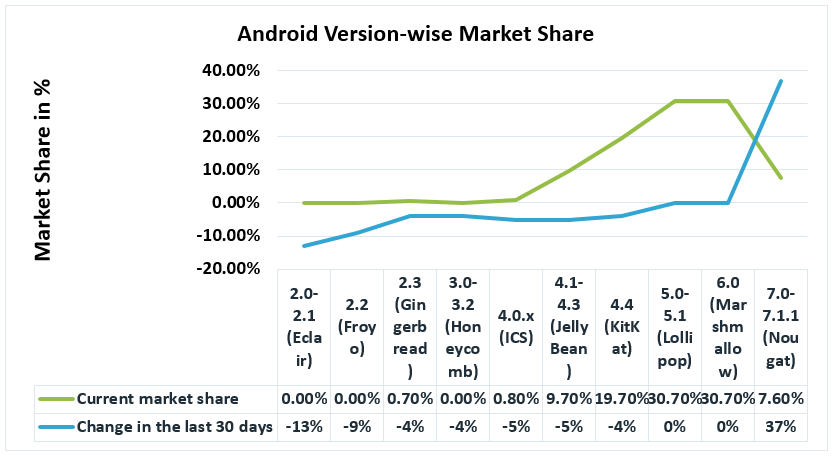 In the last 30 days, a 37% surge has been seen in Nougat adoption, but we might have to wait for a few more months for the roll-out to complete, before seeing massive traction in adoption rates.

What’s on the cards, Google?

With the Nougat roll-out initiated in April-May, Google has moved on to Android O (suspected to be Oreo) and is working towards its announcement in the impending Google I/O 2017 summit in the US. Also, rumours have surfaced on the Magenta-microkernel based real-time operating system,

Despite these developments, it is safe to say that Nougat is going to stick around for a while given its rich features. As more new phone models come out in 2017, enabling the VR and Daydream features of Nougat, it is poised to be the most-preferred Android OS version ever.

Transform your mobile app with AgilizTech!

May 22, 2017 Vinita Jagannathan Android No comments yet