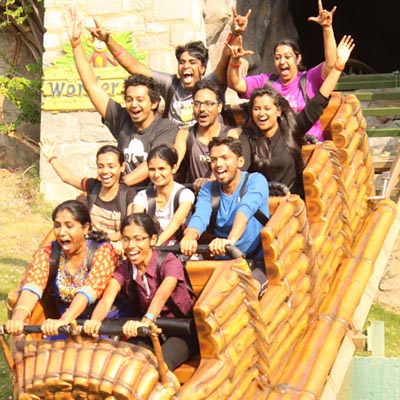 AgilizTech Annual Meet 2016: A day to ponder, rejoice and cherish!

The event held at Nandhana Grand, Koramangala, Bangalore, was attended by the extended family of AgilizTech – its beloved Bangalore employees, proud family members and the indispensable remote team from Chennai. The event was presided over by distinguished Chief Guests – Ganthi MathiNathan, Sumatipal Kotangale, Sundara Rajan and Venkata Subramanian.

Firstly, Mr Ganesh Babu, the MD & CEO of AgilizTech delivered his keynote address. He spoke about the company’s roots, its rapid growth, the status quo and the roadmap for the future. He was all praises for his employees and lauded and recognized their contribution to the development of AgilizTech.

Also, he unveiled the Company’s new branding and explained the significance of the new logo.

Green to represent fresh thoughts, blue to represent trust, the arrows to mark continuous agility and progress, the interlinked chevrons to indicate collaboration, stability and a 360 degree approach.

The key message, that is, the DNA of the firm was noted to be “I Am You”, in which, the company recognizes itself as one with the customer. The CEO also said that, every employee should imbibe this message and implement it in their day-to-day activities, whether it be meeting a client, discussing with a team member, in conjunction with the company and with the society. The re-branding will be realized in November.

According to Mr Ganesh, the next steps to be taken by the firm to reach new heights  is to focus on stability, improvement and organic growth. The dapper, new look received praises from all quarters.

The Chief Guests too, noted the company’s progress and offered tips and invaluable advice on how to stay on the pursuit of excellence to grow and prosper.

Next was the talent show organized by the employees. The hidden talents of the firm were out in the limelight as singers, Meghana, Deep and Pooja dazzled the audience with their vocal skills. Not to be left behind, the skit team, consisting of Karan, Gurukiran, Aditya and Nikitha, put up a spirited and humorous performance and left the audience in splits.

And the Award goes to…

Next on the cards were the awards! AgilizTech honored the contributions of all its employees with awards and certificates. The function was full of reminiscing memories and acknowledging the hard work and efforts put in by all the employees. The family members of employees, too, were called on the dais to receive the awards and share the joy and pride.

In the second half of the day, the team visited WonderLa, the amusement park at the outskirts of Bangalore. The day was spent on thrilling land and water rides, having loads of fun and making beautiful memories to cherish and rejoice.

The employees have a splash at WonderLa!

All-in-all, the AgilizTech Annual Meet 2016 was a grand success. It was a fruitful and fun-filled day for AgilizTech as it took another step towards the path of growth and development.